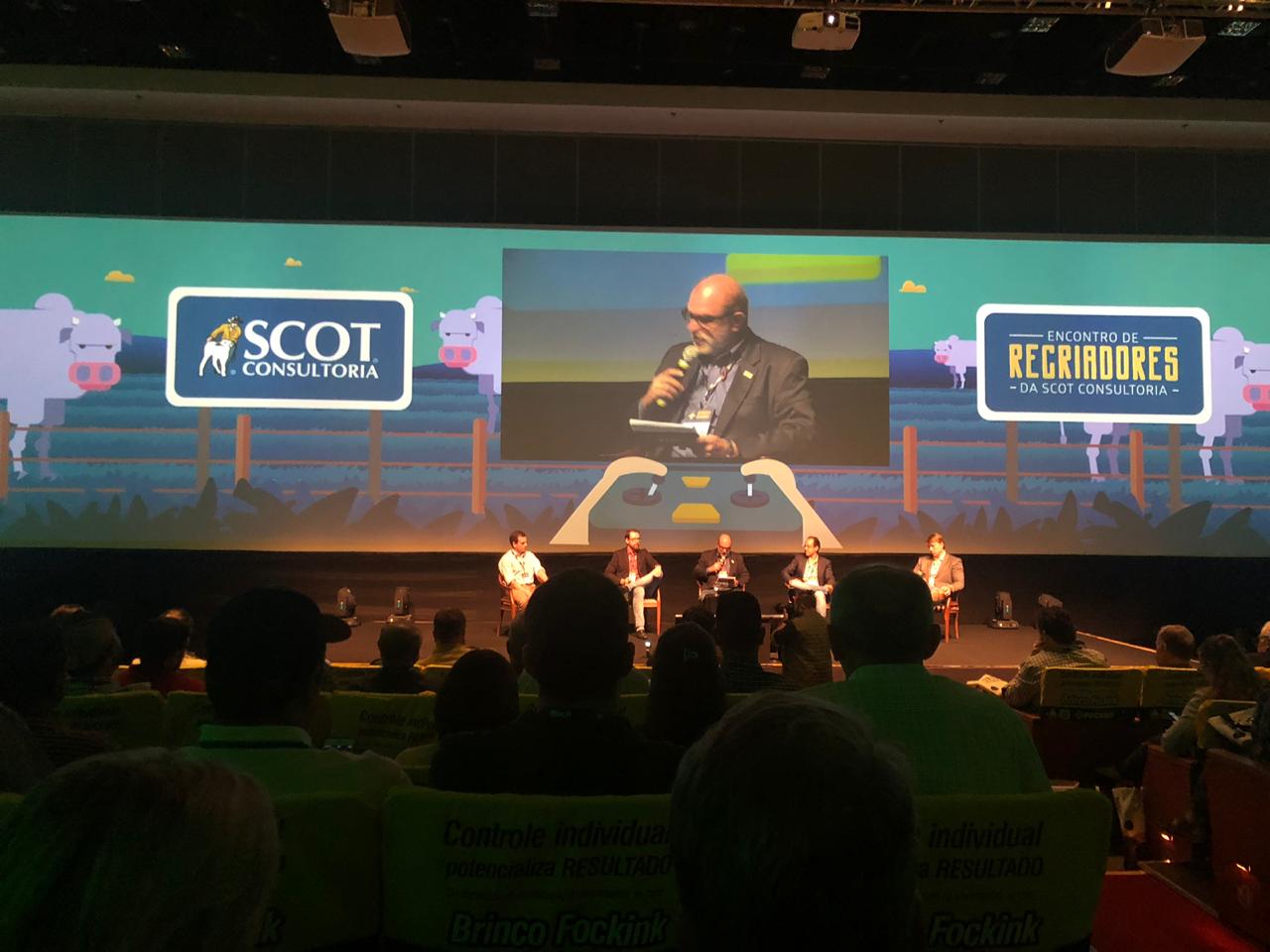 Promoted by Scot Consultoria, a company dedicated to providing reliable information on the competitiveness of Brazilian agribusiness, it is held in Ribeirão Preto-SP, The Confinement and Reconstruction Meeting, which began on 02nd and ends on Friday, 05th, after the traditional Field Day, to be held at the Monte Alegre Confinement (CMA), in the city of Barretos-SP.

Representing Cooperfrigu Alimentos is Veterinarian João Victor and Zootecnista Oswaldo Neto, who in this mission to São Paulo has as a partnership with the National Service of Cooperative Learning (Sescoop).

During the event there were lectures and talks with experts that brought to the public topics such as: The reflexes that sanity can have on the herd and the losses it can generate, the importance of water quality for the performance of animals, Nutrition within Confinement and several other subjects that were of great value to enrich the knowledge of the present guests.

Key topics for the maximization of results within the farm were exposed in order to contribute. When it comes to the technologies available in the market, the researcher Sérgio Raposo (Embrapa) gave tips that helped to separate which of these technologies will really bring the best cost-benefit for each property.

For João Victor, the meeting was very productive both on the part of the re-creation and in the part of confinement with very important information, where this year’s theme emphasized technology as a contribution to agribusiness. In addition to other topics such as the part of legal security in rural areas, animal welfare, etc.

“In addition to all this acquired knowledge that comes with the purpose of aggregating, it is very good to review known people and to form a larger network of contacts,” said João Victor.